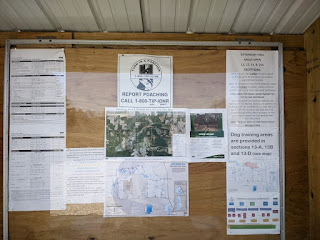 Seen here is the new check in booth at Atterbury Fish and Wildlife Area, also known as K-4183 in POTA parlance.  Sun was out today and the temperature was a balmy 52F so I net up with Wayne AC9HP at the site and we played radio most of the afternoon.  Today my setup started out with the venerable Elecraft K1. I just got this back from Dale Putnam WC7S out in Cheyenne Wyoming. I had a issue with it not being on the frequency that was being displayed. I can't cry about it much as I built this radio 20 years ago.  Dale did a fantastic job getting tuned up for me, also replaced a bad headphone jack and thanks to the United States Postal Service, the coax jack had to be replaced as well as it had been smashed in shipping.  Good thing I bought the $8.00 shipping insurance huh?  Nope.  The insurance they sell isn't worth the paper it's written on . The repair cost for the postal damage was about $80.00, so I took pictures, lots of pictures, and filed my claim.  About 10 days later I got a letter from the guys at USPS.COM and my claim had been accepted BUT for $25 instead of the $80.  So I send it back to Dale, he fixes it. sends it back.  The day it gets back I get another letter saying I have 2 weeks to take the broken radio and all the packing to the local post office so it can be inspected, or I will get no payment.  Well it's hard to do that now that it is fixed, and I was told the pictures would be good enough.  So I'm getting stiffed.  Lesson learned.  I'll use another shipper next time. 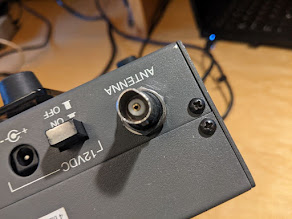 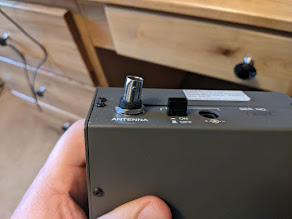 So back to POTA and having some radio fun.  So I got there about 2PM local time and started setting my station up.  Today I went with the K1 at 5W, the Eagle One hitch mounted vertical, a couple LiFePo4 batteries and my usual set of paddles.  And root beer. 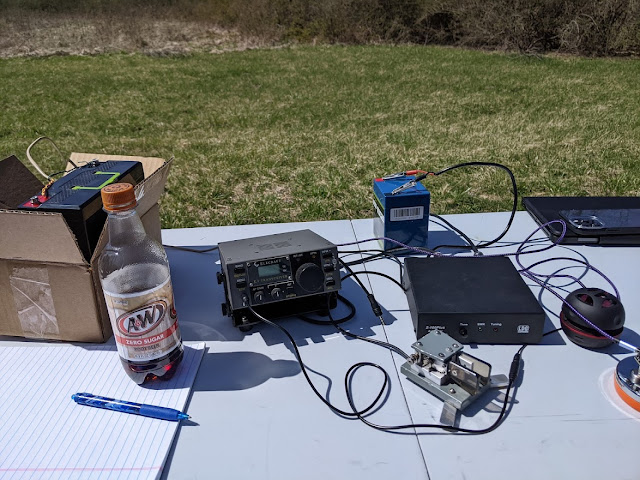 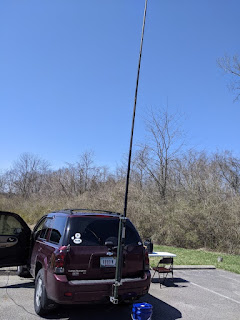 Wayne AC9HP showed up with this sons and while the kids played, Wayne and I got busy trying to make some contacts from the park.  I was getting a little frustrated because I was hearing nothing...then Wayne noticed I had not connected the antenna to the tuner...which was connected to the K1.  DOHT!  So once we rectified that situation, I started making contacts.  Now I need to tell you that Wayne and I had decided to run nothing but 5w radios today to just see what we could get worked out.  I ran 10 contacts on 40 and 30 CW in about an hour. Those contacts covered Oklahoma to the Carolinas, and Michigan down to Georgia.  The band was very flaky but it started smoothing out.  QSB was ferocious at times.  Wayne had brought an assortment of cheap Chinese radios for HF, and we gave them a try on SSB.  The first one is a Chinese 8 bander capable of 5 watts maximum.  So we set it up on 7213 and I started calling CQ....you can see this on a Tik Tok video that Wayne posted. This little rig had a tiny red button on the bottom that you pushed in to talk, and you talked into the front of the radio.  I found it to be very much fun and I was amazed at how well it was working.  We were getting answered from all over the southeast and midwest, with reports from 45 to 59. I was hesitant to tell the contacts we were QRP at 5w SSB...but I did and some were amazed at the reach of 5 measly watts. 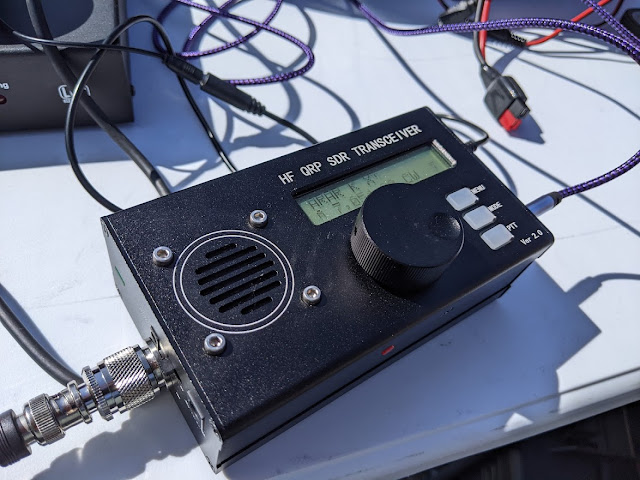 I made 14 more contacts with the little SSB rig.  I was done, so it was Wayne's turn, he setup his IC-705 and started out on 20m CW.  He had a pile up going in no time.  The 5W and the Eagle One were doing a bang up job. One thing new this trip, Wayne brought me a set of two radials that just clip on the Eagle One.  I usually just use the SUV as my counterpoise, along with the coax on the ground.  This made a very noticeable difference in what I think I could hear.
Red is SSB and Green is CW 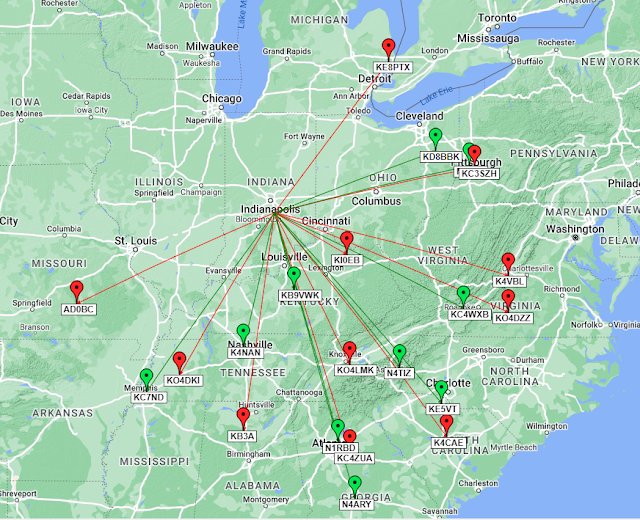 All in all it was just a great day.  Good day to be outside.  POTA activation 16 is in the books.
Best 73 de KB9BVN
Posted by Brian KB9BVN at 8:52 PM
Email ThisBlogThis!Share to TwitterShare to FacebookShare to Pinterest