Ok so my buddy Steve W9BRI calls me up and says he just got his hands on a brand new radio called the Mountain Topper 5B from LNR Precision.  Not only that, he offers to let me borrow it for a few days to test it out.  How am I so lucky?

The radio runs off a single 9v radio battery if you want...since that is what I had on hand that is what I used.  I found the manual online at LNR and read it and learned how to use the switch banks to change bands and perform other functions on the radio.  Before getting on the air though I wanted to take measurements, so using my WM-2 Wattmeter and my OHR dummy load, I did.

I called CQ a few times on 7050 KHZ...the battery voltage dropped down to 8.4 Vdc while transmitting, came back up to 9 Vdc after I stopped sending my CQ. 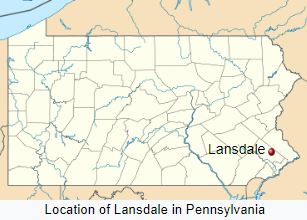 So I connected it to my 40m attic dipole and started sending CQ on 7032 Khz to just see what I could get.  The band was quiet and I did not hear many signals.  I was running 2 watts and the MT5B showed a voltage of 9.1vdc.

My second CQ was answered by Dick K8WHA in Lansdale PA.  Dick was running a TS 590S to a vertical and we traded 599's,  Lansdale PA is about 600 miles from my QTH, I was impressed and the receiver was fantastic.  Dick has been licensed since 1960, and he is a contester and award winning operator.  Lansdale is in the far eastern part of the state, almost bordering New Jersey.

When that QSO was over I moved to 7050Khz looking for an SKCC contact. Hugh AE5VB from Covington Louisiana answered me and gave me a 519...said I was weak but solid copy.  This is about 800 miles and power was a smidgen under 2w now.  The receiver can't be beat.  I switched from my Vibrokeyer to the Nye Viking Master Key so we could exchange SKCC numbers.  QSO lasted about 25 mins and it was great.

All in all I am impressed with this little radio.  Steve W9BRI is going to have more fun than a human should be allowed.

Posted by Brian KB9BVN at 8:01 PM No comments:
Email ThisBlogThis!Share to TwitterShare to FacebookShare to Pinterest 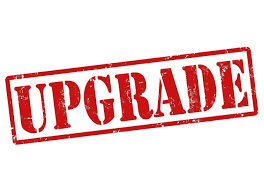 The Indiana Elmer Network will be hosting a Technician to General Upgrade Class for three Thursday nights in a row.  Class starts on October 25th, and ends on November 8th.  We will have VE testing on November 8th.  This is your chance to upgrade, don't miss it.

This is a FREE class, there is no charge.

Time:
6PM to 8PM at the latest

Get your Technician to General Training Guide, and bring it to class.

Go here to register for the class, seating is limited so don't delay.

Good luck on your upgrade!

Posted by Brian KB9BVN at 9:48 AM No comments:
Email ThisBlogThis!Share to TwitterShare to FacebookShare to Pinterest
Newer Posts Older Posts Home
Subscribe to: Posts (Atom)