Wayne Burdick is a QRPer's QRPer.  He's been putting great kits out there for us to enjoy for more than a couple of decades now.  Here's his take on CW, culled from the QRP-L reflector, I couldn't have said it better if I sat down and tried real hard.

Looks like it has been about three weeks since my last update, as some of you know, we have a bunch of grand children, and we have had eight of them staying with us for about 12 days while my son and his wife were on a pilgrimage to Fatima Portugal and Medjugorje Bosnia.

The two eldest are hams, recently getting licensed last month but the other six are still working on it,.  The one year old seems to enjoy CW so she is of course, my favorite.

So I have been very busy with work, and helping my wife keep an eye on the grand children, and I have had very little time to be on the air until this weekend.

So I fired up the K2 today, and tuned up 20m the best I could and called CQ JOTA  many many times on 14060....and heard no one.  OK..so how many Boy Scouts actually know CW anyway?  Well my mic is busted so CW is my mode of choice today.  So I tuned back down to 40m and landed on 7039 Khz and sent out a few CQ JOTAs and ran into Fred KD8SMO over in Massilon Ohio.  We traded 599's and he was hoping I was a Boy Scout and I was hoping he was too.  I am a Scout leader, a job I have been doing for the last almost 32 years.  It's one of my most favorite volunteer jobs.  Fred is a retired engineer that graduated from Ohio State University (THE Ohio University) in 1970, most of my family are Buckeyes and I knew exactly where Massilon was located.  Fred is fairly new to CW operations and has a great fist.  It was my pleasure to work him. 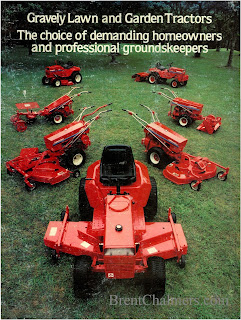 Next up I got to meet Gary K8NYG from over in Dunbar WVa, we traded 599's and I told him I was originally from his state but had lived most of my life here in Indiana.  Dunbar is an interesting place.  The town was formed in 1921 on land that contains 11 Native American mounds, and was at one time the property of General George Washington.  Washington was awarded the land there in recognition of his military service.  Mineral rich and located on the Kanawha River, Dunbar was home to the Gravely Tractor company and numerous glass factories.

Going to go watch Abbot and Costello Meets Frankenstein this afternoon with a couple of the grandsons and their mom and dad.  We enjoy the Artcraft Theatre in Franklin Indiana very much.  It's a 1920's movie theater that has been undergoing a renovation for the last 10 years or so.  It's THE place to go watch old movies.

Posted by Brian KB9BVN at 12:34 PM No comments:
Email ThisBlogThis!Share to TwitterShare to FacebookShare to Pinterest

As of October 1st I have decided that I will start using my K2 again to try and finish off my 2017 Worked All States QRP CW attempt.  The HW8 is not going anywhere as I have become quite attached to that little green radio.  I will also be doing some Alexloop time with the K2 as well.  I am looking forward to wrapping the WAS effort up, and then trying it again next year.

Last night on 40m I was able to have a nice QSO with Bruce KA8TNK, he lives up in Trenton Michigan near the big city of Detroit.  Trenton has historical significance as it was part of the Michigan area that was captured by the British during the War of 1812.  I was on the K2 at 5w to the attic dipole and Bruce was running an old Heathkit SB-101 on his end.  It sounded awesome and his fist made for easy copy on 7034 Khz.  I noticed he lives in Wayne County...Bruce in Wayne...do you think he's Batman?  Did I QSO with BATMAN??


This afternoon I had the K2 warmed up and firing out 5w to the 20m band at about 20:30Z  and got a nice call back from Jim K1GND  in Rhode Island!  Jim was QRP as well running 5w from his KX2 near Providence.  QSB started getting pretty bad after about 10 minutes, so this was no ragchew but it was still a load of fun.

Jim likes to cook what he digs up in the bay...feast your eyes on this!
Looks pretty good to me!

Thanks for the QSOs guys!