It's been a few months since I have been able to get out and activate a park for the POTA program, but I was able to head out this weekend of July 4th.  I was surprised to find that the Atterbury Fish and Wildlife Area has made some changes about people using the site. 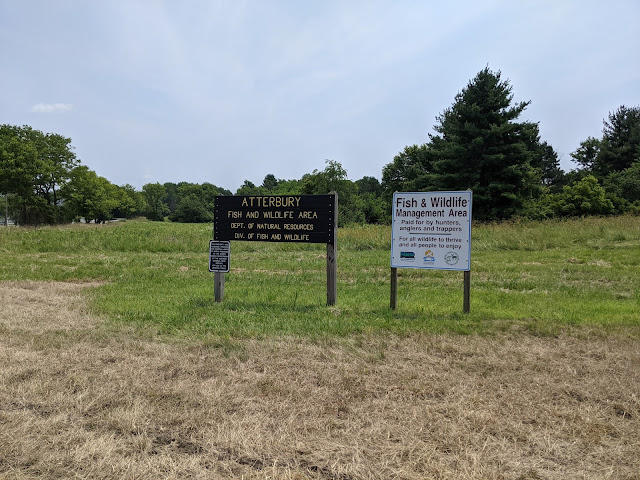 First of all  it is now required, that you sign in at the self serve kiosk. 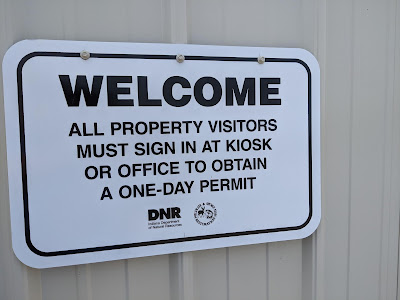 The kiosk I found was at the north entrance to the area, at School House Road and Co Rd 550S.  It looks like a half shed and it contains the sign in forms, maps, Fishing Guides, Hunting Guides, and park rules and regulations.  I thought it was a pretty neat setup.

So I stopped at the shack and did the self service thing by filling out my card and signing the log book.  I am not sure how long this has been in effect, I have not been here since March 8th of this year, but the log book only had one page filed up and I was the third person to sign in on page two.

So as you can see they have a logbook for Turkey hunters, night hunters, small game hunters, deer hunters, water fowl enthusiasts, and good old miscellaneous (which is POTA).

Here is what the card looks like, you fill this out and put it in the dash of your vehicle.  Where it asks for your visitor number, you put the line number of the logbook page. In my case that was the number three. 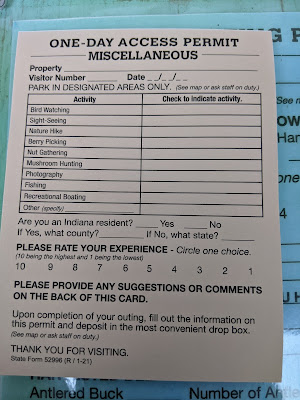 So when you get done for the day, they have receptacles for you to insert your permit as you leave the area.
I checked Sight Seeing, Hiking, and Other.  I wrote in  Parks on the Air.
After this was completed, I place the permit on the dash and headed in to the area to scope out an operating location.
Based on the new map, the marsh area called "Honker Haven" is within the AFWA boundaries, so I decided to setup there.
It became clear immediately that I was going to need shade, but there was none to be had.  I decided to go for it anyway and setup my K2 and the Eagle One hitch mounted vertical and got tuned up.  Since it was mid day I decided to start out on 20m instead of my usual spot on 40m.
I had no internet service on my phone so I sent a text to my friend Wayne AC9HP, who happened to be on vacation in Missouri. He was kind enough to spot me on the POTA page and I started calling CQ POTA on 14056 Khz. 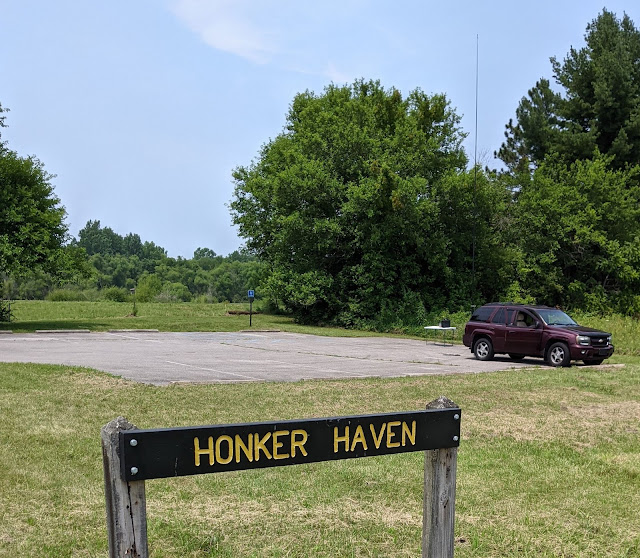 I was immediately answered by Eli in Hungary HA9RE, he gave me a 449 and I  sent him a 579 for report. I was excited to work DX on the first contact.  Did I mention it was 89 degrees and I was setup in the sun?  On a white table. In the sun.  Not in the shade. Humidity was about 93%? 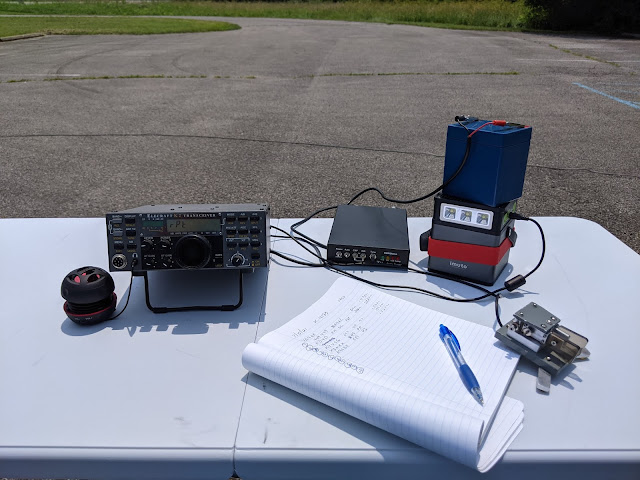 I made a total of 8 contacts, failing to activate, because my radio was starting to flake out due to it being so hot.  I had to QRT and pack it in.  I did bring water so I had plenty to keep me hydrated.  I gave it a total of 30 mins on the air, maybe, and left.
Lesson learned:
Find a shady spot to setup in the middle of the day in the middle of summer.
Best 73 de KB9BVN
Brian Murrey

Posted by Brian KB9BVN at 1:14 PM
Email ThisBlogThis!Share to TwitterShare to FacebookShare to Pinterest