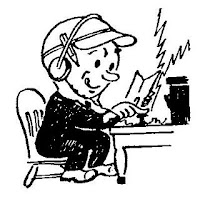 Friends, I am no fan of cold weather.  Tonight I headed out to K-4183, Atterbury Fish and Wildlife and got set up by 21:00Z.  I was there with Paul W9PDC (over 100 SSB contacts tonight), Wayne AC9HP, and Tim NW9F. We were testing out some filters that Paul had created and Tom was checking out an assortment of different Yaesu radios he had.  I was there just trying to activate the park with my QRP set of the K2, LDG tuner, and Eagle One vertical mounted on the hitch of my SUV.  I am glad I got there early, because by 7:35PM it was dark, and the park closes at dark.  When I got here according to my truck temperature sensor, it was 55 F degrees...three short weeks ago it was in the upper 70's and lower 80's.  We will be down in the 30's tonight.  UGH.

I managed to make 20 contacts this outing. 18 were QRP CW and 2 were QRP SSB.  The best part was I picked up two more states tonight, W7HJL out in Washington, and N7MSI out in Montana.  N7MSI was a double bonus,  he was also at park K-2589 in Montana.

The bands were odd tonight, as usual. I started out on 17m and had no luck, then I moved to 30m and started making a few, I eventually ended up on 40m and finished up there.  Check out my QSO Map. 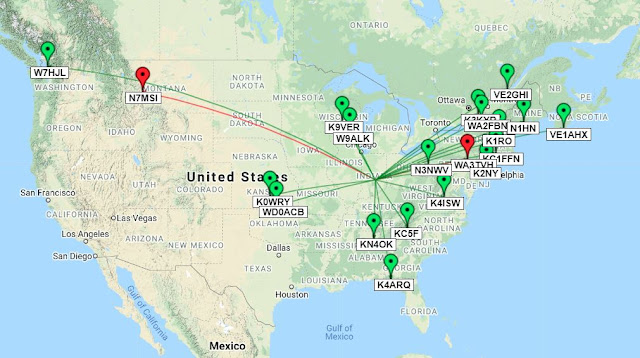 Here is what my signal looked like on the Reverse Beacon Network for the last 10-15 minutes of my activity. 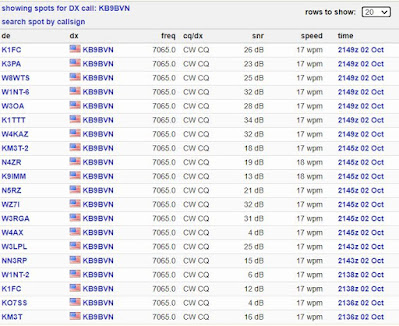 I was at it for just under 2 hours, and had a whole lot of fun.   If you are not involved in POTA, you are really missing out on some fun action.
Best 73 de KB9BVN
Posted by Brian KB9BVN at 8:49 PM
Email ThisBlogThis!Share to TwitterShare to FacebookShare to Pinterest 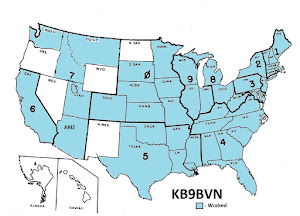